Australian State Flowers, Their History and What They Mean

Australia is a beautiful country with plenty of unique flora and fauna. But did you know that each Australian state has its own official flower? This blog post will look Australian State Flowers, the history and meaning behind each. From the tiny Sturt’s Desert Pea of South Australia to the vibrant Waratah of New South Wales, there’s something for everyone.

Grab a cuppa and get ready to learn all about our nation’s stunning native florals!

With stunning petals that fuse into a tube, the Common Heath is anything but common.  The Floral emblem of Victoria belongs to the Ericaceae family, found across NSW, Victoria, Tasmania and South Australia. In fact, it grows in shrubland and open forests.

Standing at about 1 to 1.5m tall, the Common Heath produces a shrub with stiff branches, from which its leaves and flowers bloom. Its five-petal flowers grow either packed together or sparsely on one side of a stem and flower from late autumn to late spring, with a peak in winter. In fact, curiously, Epacris impressa regenerates after bushfires by seed or by resprouting.

It was first discovered in Van Diemen’s Land (Tasmania) by French botanist Jacques Labillardière in 1793. The species would documented until 1805. Four forms exist, you can identify these forms by the petals.

White Heaths are in Southern Victoria. Meanwhile the more Pink Heath variety grows in Victoria and Tasmania. The grandiflora is another Pink Heath from the Grampians and Moutan Arapiles in Victoria. Scarlet heaths grow in East Gippsland in Victoria. The original mounted specimen is at the National Herbarium of Victoria at the Royal Botanic Gardens, Melbourne.

Victoria was the first state to adopt a floral emblem, following an agreement in 1951 between government representatives and other local stakeholders, with Governor Dallas Brooks making the Victoria floral emblem proclamation on 11 November 1958.

The Waratah Flower flowers for six weeks during the spring. It’s located within a small area of Sydney. It’s inflorescence flower head comprising 90 and 240 individual flowers. While Waratah flowers are typically red or pink, naturally occurring colours can vary considerably, as does the size and shape of the blooms.

Growing upwards of 3m tall, the large and long-lived shrub Telopea speciosissima gets its name from the Greek word telopos, meaning ‘seen from afar’, clearly referring to the conspicuous basal flowers. A feature also reflected by speciosissima, a combination of the Latin words speciosus, ‘showy’ and issimus, ‘most’.

Described as “the most magnificent plant which the prolific soil of New Holland affords’’ by botanist Sir James Smith in 1793, Waratahs grow wildly in NSW from Ulladulla to Watagan Mountains and across the Blue Mountains area.

When Queensland considered adopting a state flower, the state had strict criteria. In fact, the flower had to be a native species. The flower had to be decorative and distinctive in appearance. But most importantly, its colour had to match that of the state, maroon.

After much deliberation and a public poll of over 10,917 entries conducted by The Courier-Mail the results were in. The ‘Cooktown Orchid’ became the floral emblem of Queensland in 19 November 1959. Therefore, just one year after Victoria adopted the Common Heath. In fact, according to the Courier, “Queensland’s own world-famous hybrid [sic] orchid came out thousands ahead in the count of votes”, beating out Poinsettia, the floral emblem of the capital city, Brisbane.

Despite its namesake, the Dendrobium bigibbum var phalaenopsis does not grow anywhere near the coastal town of Cooktown.

What does grow in Cooktown, Queensland is Dendrobium phalaenopsis. Described by the Surveyor-General of New South Wales in 1880. Additionally, derived from the Greek dendron, meaning ‘tree’, and bios, meaning ‘life’. ‘Phalaenopsis’, derived from Greek word; phalaina. Meaning ‘moth’, referring to the flower’s moth-like shape.

Resembling the paws of a kangaroo, the Red and Green Kangaroo Paw is the state flower of Western Australia. Named after 19th-century English horticulturalists Robert Mangles.

Kangaroo paw is located in the south of Western Australia. Comprising a small group of only 11 species growing in open forests and heaths (shrubland), typically in sandy soil. Often occurring in large numbers, the red and green kangaroo paw is an attractive flower that blooms from August to November, peaking in early spring. Although the species is no longer at threat, It is still under protection under WA state legislation.

Raised at Whitmore Lodge in the 1830s, the seat of its namesake Robert Mangles, it was here that Scottish botanist David Don first described Anigozanthos manglesii as a “singularly beautiful species”. More than a century later, then Premier of Western Australia David Brand adopted the Red and Green Kangaroo Paw as the state’s floral emblem. Also appearing on the state’s coat of arms, the blazon reads:

“And for Crest: On a Wreath Or and Sable The Royal Crown between two Kangaroo Paw (Anigosanthos [sic] Manglesii) flowers slipped proper.”

Adopted as the floral emblem on the 26th of May, 1982. The Royal Bluebell is a perennial herb that produces a single purple flower with a tube-shaped base and edible petals.

Naturally restricted to alpine and sub-alpine areas of the Australian Capital Territory. The Royal Bluebell also grows in ​​south-eastern New South Wales and eastern Victoria. Additionally, it flowers from October through to March. In fact, the flowers do not last if cut. Fortunately, potted Royal Bluebell flourishes in brightly lit areas.

Formally described in 1947 by Noel Lothian. Named after gloriosa. A Latin word meaning ‘famous’ or ‘splendid’.

Known as the southern blue gum, this tall, evergreen tree is endemic to southeastern Australia. Making it one of the most iconic trees in Australia.

Notable for its glossy green leaves and tree trunks of mostly smooth bark. There are four subspecies of Eucalyptus – Victorian Blue Gum, Tasmanian Blue Gum, Maiden’s Gum, and the Victorian eurabbie. Found across New South Wales, Victoria and, and Tasmania.

The Tasmanian Blue Gum was proclaimed as the floral emblem of Tasmania on 27 November 1962. Almost three centuries after it was formally described in 1800. Specimens of Eucalyptus globulus were first collected in 1792. Before being published by the French botanist Jacques Labillardière in his book, Relation du Voyage à la Recherche de la Pérouse.

Eucalyptus globulus can grow to an average height of 45m, though some specimens can grow as tall as 90-100 m. These large Tasmanian Blue Gums will form a lignotuber, a woody swelling at the base of the tree as a protection against the destruction of the plant stem, such as by fire.

That being said, fire ecologist Stephen Pyne in his book Burning Bush. He describes fire as a “liberator” rather than a destroyer for most eucalypts. Despite having bark that peels from the trunks, spilling out into piles around the tree. This thick bark allows many species of eucalyptus to tolerate fire, with epicormic shoots often found in the aftermath of bushfires. Bushfires can even create new sprouts from the lignotuber.

Eucalyptus is derived from the Greek words eu, ‘well’ and calyptos, ‘covered’, referring to the cap covering the developing flowers. The Latin term globulus refers to the shape of the operculum (the lid on the fruit).

Producing a distinctive blood-red and leaf-like flower with a bulbous black centre. “Boss”, Swainsona formosa or Sturt’s Desert Pea, as it is more commonly known, is one of Australia’s most well known and beloved wildflowers. Growing in all mainland states except Victoria, Sturt’s Desert Pea prefers arid regions of Australia.

Although it is a member of Fabaceae, subfamily Faboideae. It barely resembles any other member of the pea family, thanks to the wildly different flowers it produces. They grow to about 9cm in length in six clusters along the plant’s thick vertical stalks.

Samples of Swainsona formosa were first collected by William Dampier in 1699. Which are still on display today in the Fielding-Druce Herbarium at the University of Oxford in England. Though Sturt’s Desert Pea shares its name with English botanist Isaac Swainson, its taxonomy has changed numerous times. In the 18th century, it was in the genus Clianthus as Clianthus dampieri, as Clianthus formosus. With formosus being the Latin word for ‘beautiful’.

And despite a further reclassification attempt to Willdampia formosa (in honour of the explorer William Dampier) in the publication Western Australian Naturalist in 1999, Joy Thompson was the last to reclassify the flower under the genus Swainsona.

Sturt’s Desert Pea has been the floral emblem of South Australia since 23 November 1961. It has enjoyed iconic status across the country, even being used as the previous logo of BankSA. It’s even been featured in aboriginal legends, giving credence to its symbolic function in Australia.

Unlike the legend of desert roses that formed from the tears of the Cherokee in the United States. Sturt’s Desert Rose is a Hibiscus-like flower growing throughout the arid interior of Australia.

Also known as the Darling River Rose. In fact, Its less widely-used names – Cotton Rosebush and Australian Cotton. The names are inspired by Sturt’s Desert Rose genus, Gossypium. Which includes commercial cotton. Unfortunately, the short hairs covering its seeds are much shorter than its commercial cousin, making it useless for textiles.

Charle’s Sturt and his Sturt Flowers

The keen-eyed amongst you may have noticed that the common name Sturt popped up twice on our list. First as a Desert Pea and secondly as a Desert Rose. Eponymous for the university in regional NSW named in his honour. Charles Sturt was a European explorer who recorded seeing large quantities of the flower while exploring central Australia in 1844.

Though he believed his explorations would lead him to discover a great saltwater lake. Known as ‘the inland sea’, in the middle of Australia, extreme conditions forced him and his party to turn back after travelling a total of 3,000 miles (4,800 km).

One flower to rule them all. Well, not quite. More than 760 different types of wattle call Australia home, including the national flower of Australia, the Golden Wattle. Growing across South Australia, Victoria, New South Wales, Western Australia, Tasmania and the Australian Capital Territory. In fact, this evergreen spreading shrub/ small tree is a fan of open forest or scrub,

According to the Department of Prime Minister and Cabinet, it was not until 19 August 1988 (Australia’s bicentenary year) that Governor-General, the Rt Hon Sir Ninian M Stephen AK GCMG GCVO KBE, proclaimed the golden wattle as the national floral emblem.

A proclamation was soon followed by the formal recognition of National Wattle Day on 23 June 1992. First introduced in 1913 by an association called the Wattle Day League, Aussies can celebrate the day by planting wattles.

The specific epithet pycnantha is derived from the Greek words pyknos ‘dense’ and anthos ‘flower’. The origin of the name wattle. On the other hand, is derived from an Anglo-Saxon, or Old English, building technique known as watul. Where Wattles were interwoven with flexible twigs or small branches to support fences, walls and roofs.

Native Flowers Delivered To Your Door

Flowers Across Melbourne is here to deliver market-fresh flowers to your door. With same-day flower shipping to most Melbourne suburbs when you place your online order before 2 pm. Enjoy a stunning selection of native flora and vibrant wildflowers. Including everlasting dried flower bouquets, all without the painful price tag. Handcrafted to order by our expert florists, brighten your world with native Australian state flowers. 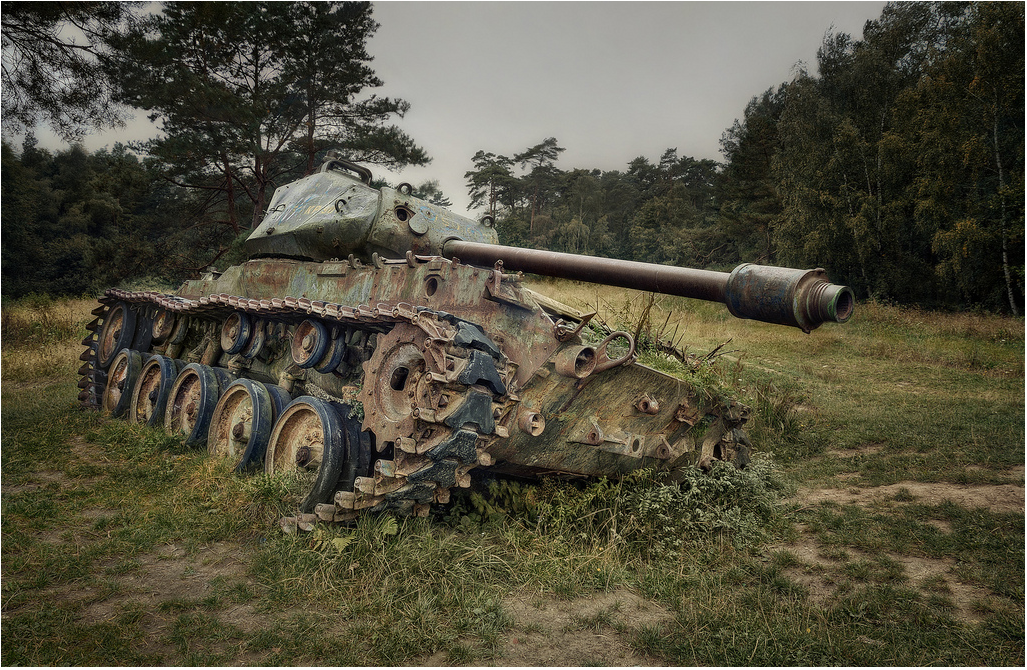 40 different flowers on one tree