The Best Chrysanthemum Suppliers in the Anglosphere

Growing chrysanthemums is really rewarding, but getting your hands on quality stock can be a problem. Some people can source cuttings from friends or club mates, but not everyone who grows mums has the same access.

If that’s you, then you’ll probably rely on specialist suppliers of high-quality chrysanthemums. But they can be hard to find.

So here we’ve tried to do the work for you and have come up with a list of the best suppliers across the English speaking world.

How did we come up with this list and vet the good from the bad?

We started with recommendations from members of local clubs and associations. Suppliers who have been supplying club members successfully automatically made the final list.

We then took to Google to expand our list. Finding suppliers wasn’t too tricky, but we then put them through the ringer to figure out which ones were recommended and which ones were not.

Only suppliers with a track record of happy customers have been added here, so you can be confident that any business mentioned below will be able to provide you with quality plants.

With that said, it’s time to present the lists (in no particular order).

The Best Chrysanthemum Suppliers in Australia

Ronlynn Gardens is a well-established nursery for cut flowers and chrysanthemums. The owner, Ron, has long been breeding chrysanthemums for many years now.

In addition, Ron’s cultivars are well-known across the whole world with lots of his own breeds winning champion bloom in flower exhibitions in the USA, UK and Australia.

When it comes to the second generation glasshouse Chrysanthemum growers, Chrysco Flowers is the one to look at, situated in Skye (Victoria, Australia). The owners, Cor and Garda Slykerman, migrated to Australia from the Netherlands around 30 years ago.

Cor has a strong interest in horticulture; you might say it’s in his blood. Although he grew up in a still flourishing family-run pot plant nursery in The Netherlands, his migration to Australia with a solid vision to build a company was the biggest turning point in his life.

Chrysco is also where we source our chrysanthemums, so they get the big FaM tick of approval!

The Best Chrysanthemum Suppliers in the UK

Chrysanthemum’s Direct offers an extensive range of Chrysanthemums available to the U.K. market. The best part is that they have more than 420 varieties, for both the garden and exhibition.

The young plants that they deliver are propagated from clean stock plants on their own nursery. They are famous for supplying well-rooted plug plants, in a sort of paper plug that doesn’t restrict root growth to be able to get you the best possible start to your growing season.

On top of that, he is an experienced grower of more than 30 years experience and has exhibited blooms at the National Chrysanthemum Society’s Championships consistently since 1975 (winning 23 times). Last but not least, he is also an author of an e-book named “Chrysanthemums : The Ultimate E-book” which has over 440 pages filled with necessary advice and guidance together with hundreds of photographs and illustrations.

John Peace Chrysanthemums has been awarded several times for their outstanding displays over the years. An extraordinary amount of work went into their Chelsea display that led them to earn a huge fame.

Over the years, the owner of John Peace Chrysanthemums got involved with the National Chrysanthemum Society and won the 9 x 5 mixed class at the nationals.

Halls of Heddon (Newcastle upon Tyne)

Halls of Heddon was established in the year of 1921 by William Nicholson Hall. They are mainly specialised in Chrysanthemums and Dahlias. They produced their first catalogue of increasingly popular flowers in 1931 and since then they kept growing almost 150,000 chrysanthemums and dahlias yearly delivering them to customers nationally and within the other parts of Europe.

The best part about Halls of Heddon is that they grow around 100,000 plants that include herbaceous plants, shrubs, alpines and a complete range of seasonal bedding plants along with Dahlias and Chrysanthemum at their nursery centre.

Walkers Plant Centre specialises in growing as well as selling Chrysanthemums for over 50 years and has published catalogues each year from 1962. Their understanding of growing chrysanthemums for exhibition or resale is top-notch.

Woolmans started its journey back in 1881 with its founder Henry Woolman. However, their experience plays a major role in getting themselves on top. They have over 130 years of experience in breeding, raising as well as selling Dahlias and Chrysanthemums.

They grow chrysanthemums from their nursery in Lincolnshire and have over 150 chrysanthemum varieties available. Woolman’s goal is to ensure that you receive quality flowers whether you’re growing for bed, border, container, exhibition or show, vase or any other purpose.

As a family-run flower wholesaler as well as importer, BJ Richard Flowers sources flowers all around the world and sells them to the retailers across Devon & Cornwall. They are one of the most renowned chrysanthemum growers and always dedicated to supply the best chrysanthemums to other wholesalers in the South West.

They also supply high-quality flowers nationwide and open their gardens annually for charity under the National Garden Scheme.

Wallington Nursery is a big name in chrysanthemums. In general, the chrysanthemums are planted in the ground inside their big greenhouses during the time of Spring and are ready to sell as cut flowers during Autumn and Winter.

The Best Chrysanthemum Suppliers in the USA

For over 40 years, King’s Mums has been offering the most comprehensive Chrysanthemums to the retail market. They serve professional growers and amateur gardener, which gradually developed from a hobby of gathering rare and exotic chrysanthemums from all around the world.

They have a huge collection of over 200 cultivars and become a vital source of big exhibition and spray mums in the United States.

Faribault Growers owns mums from Minnesota and has been serving people for over 70 years.

They offer more than 75 varieties Minnesota hardy mums for the wholesale customers. Because of the huge demand, they’ve also added a retail mail order chrysanthemum catalogue.

Eureka Seedlings and Chrysanthemums has been a famous name for over 30 years. They grow plants on site from seeds or cuttings. Therefore, whatever you purchase, you’ll be getting it directly from the grower.

They specialise in growing a wide range of herbs and seedlings based on the popularity and trend at different times. They also grow vegetable seedlings, flowers, chrysanthemums along with hanging baskets.

Burwood Nurseries supplies flowers to wholesalers all across New Zealand with a comprehensive selection of cut Chrysanthemums and Lisianthus.

Founded by Ian and Lesley Knight, Knight Nurseries has been operating their successful business since 1960. They have been growing potted chrysanthemums and cut flowers for over 30 years in modern greenhouses.

The greenhouses are updated constantly to include the latest in technology.

It Wasn’t Curiosity That Killed the Cat – It Was Callas! 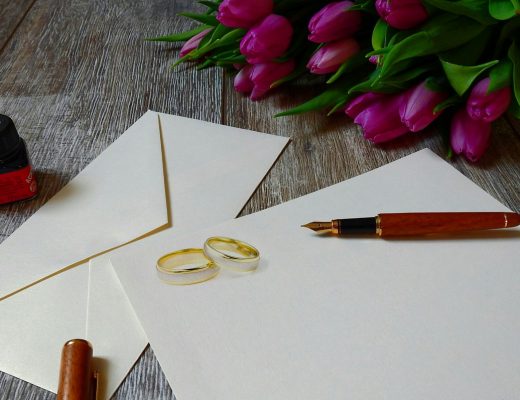 Why Personalised Notes Are Better | Flowers Across Melbourne

Our prices are so great, even other online florists use us!