Our Journo, Kali Simone got together and had a chat with a couple of the most talented, funny, and down to earth blokes in the Floral Design business, Dennis Kneepkens and Mick Stubbe from the floral design company DK – Dennis Kneepkens.

It’s hard to look at Dennis Kneepkens’ work without smiling. The fresh lines, jubilant colours and original pieces make you wish that they weren’t made of a temporary medium, but that would take all the fun and creativity out of it! 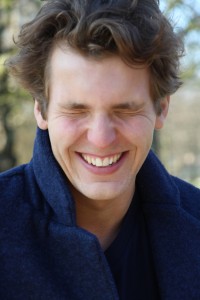 In case you’re not familiar, Kneepkens is Dutch floral designer focusing on luxury interiors, concept and object art, high fashion events, hotels, and brand design, with an international specialisation. He was named, one of today’s most influential floral designers in our recent roundup if you’re interested in learning a little more.

Kneepkens burst onto the flower scene in 2009, hit the ground running, and hasn’t looked back. It’s quite extraordinary to think how much the young professional has accomplished in such a relatively short period of time, but easy to understand once you know a little bit about the man behind the passion and the journey he took to get there. 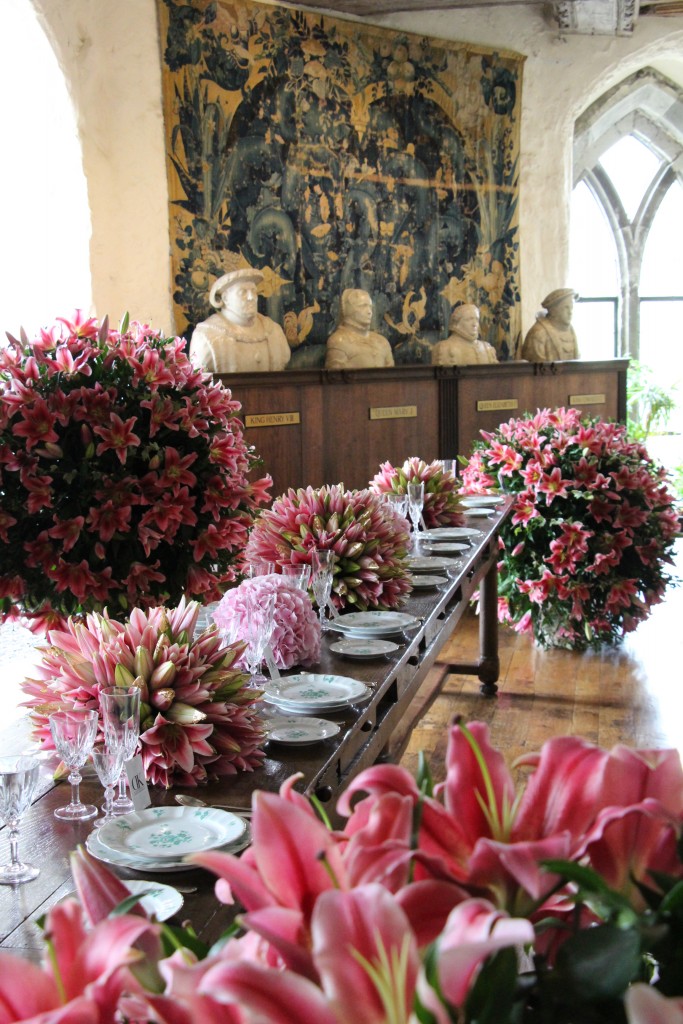 Dennis doesn’t come from a long line of florists or gardeners, in fact, he jokes that he is the first and quite possibly the last florist to come from his family. But his grandmother will happily take credit for giving him his love for flowers, sharing stories of walks she would take him on as a young boy through the South Holland town of Breda where he grew up, picking flowers and bringing them home.

Kneepkens’ foray into floristry actually started when he went to school with the intention of becoming a vet. His keen interest in veterinary studies came to a halt the day he had to learn dissection. “We had to cut a mouse,” Kneepkens recalled with a smile, “and I was like, OK I’m out.” That’s when Kneepkens put down the dream of becoming a vet and began his search for another. Thankfully, he didn’t have to look too far. 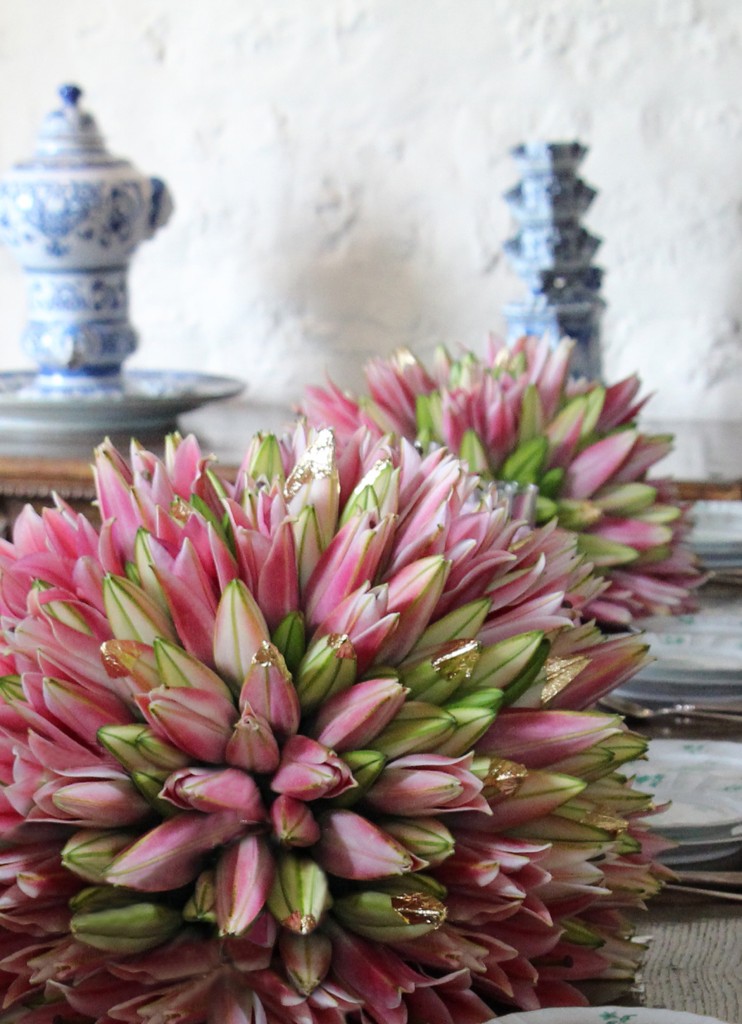 During his initial high school years, Dennis had to take a few required introductory courses focused on agriculture, one of which was about flowers. His scores had been so high in the floristry category that it seemed a natural choice.

After graduation, a 19-year-old Kneepkens began his education to become a teacher, studying applied sciences with a discipline in floristry during college. He learned the skills to speak in front of large groups and how to entertain large groups, skills he uses during workshops and Master Classes to this day. 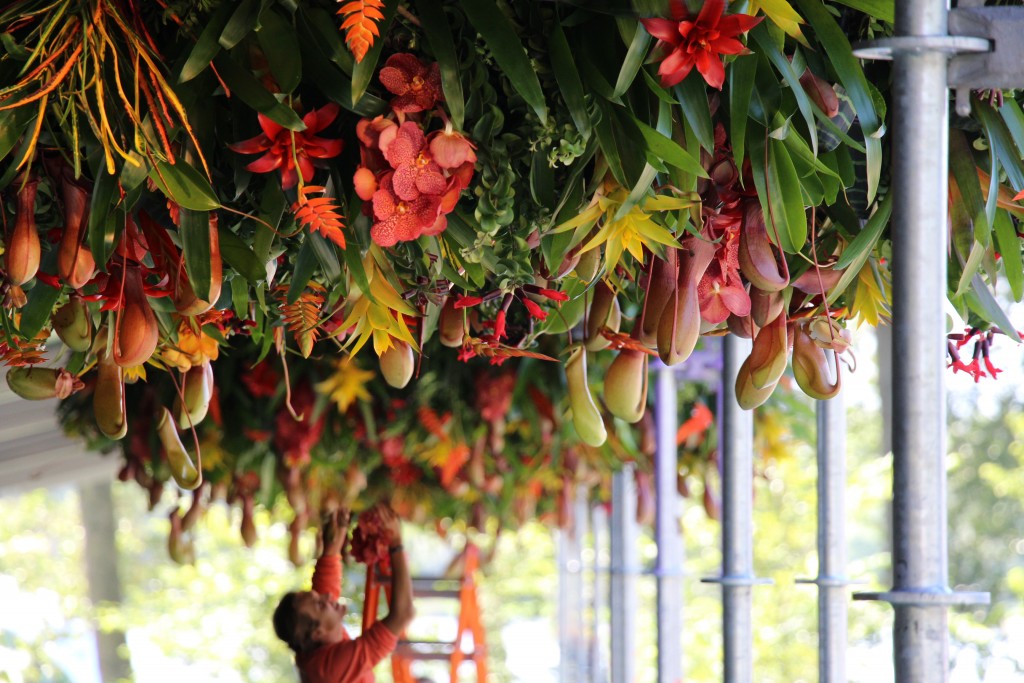 He also entered the Dutch Championships and won, firmly cementing a passion for floristry in his heart. Kneepkens quickly applied this newfound passion to his studies and just one year later earned ROC Student of the Year out of 15,000 students, and that’s when things really got going.

Dennis was sent as a Student Ambassador to Dubai where he worked at the Burj Al Arab Hotel, training the hotel’s team of 20 florists. “I was there as a twenty-year-old boy to teach people,” Kneepkens said, “It was definitely challenging. I was twenty and the youngest person on the florist team was I believe twenty-five, twenty-six, and the oldest was around fifty, and all different nationalities.” He was able to use the skills he learned 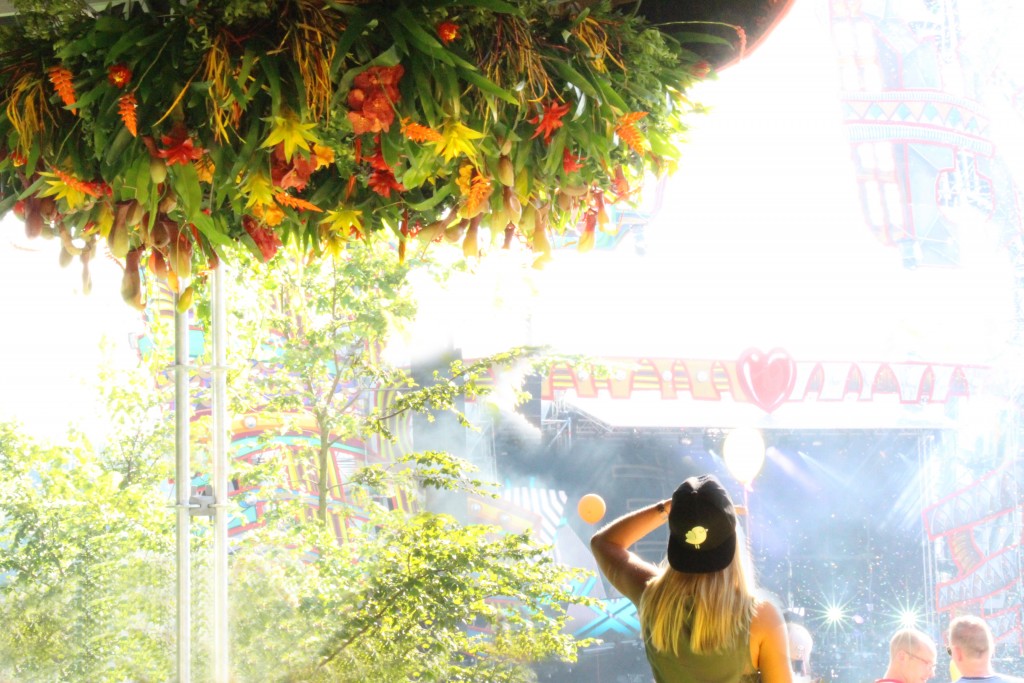 The Dubai project was a huge success and became Kneepkens’ main reason to continue international work. “It’s extremely fun, to be open to new experiences,” Kneepkens said of traveling internationally for work. His portfolio reflects this extreme diversity and showcases pieces ranging in size from massive to minute, but always a touch magical. 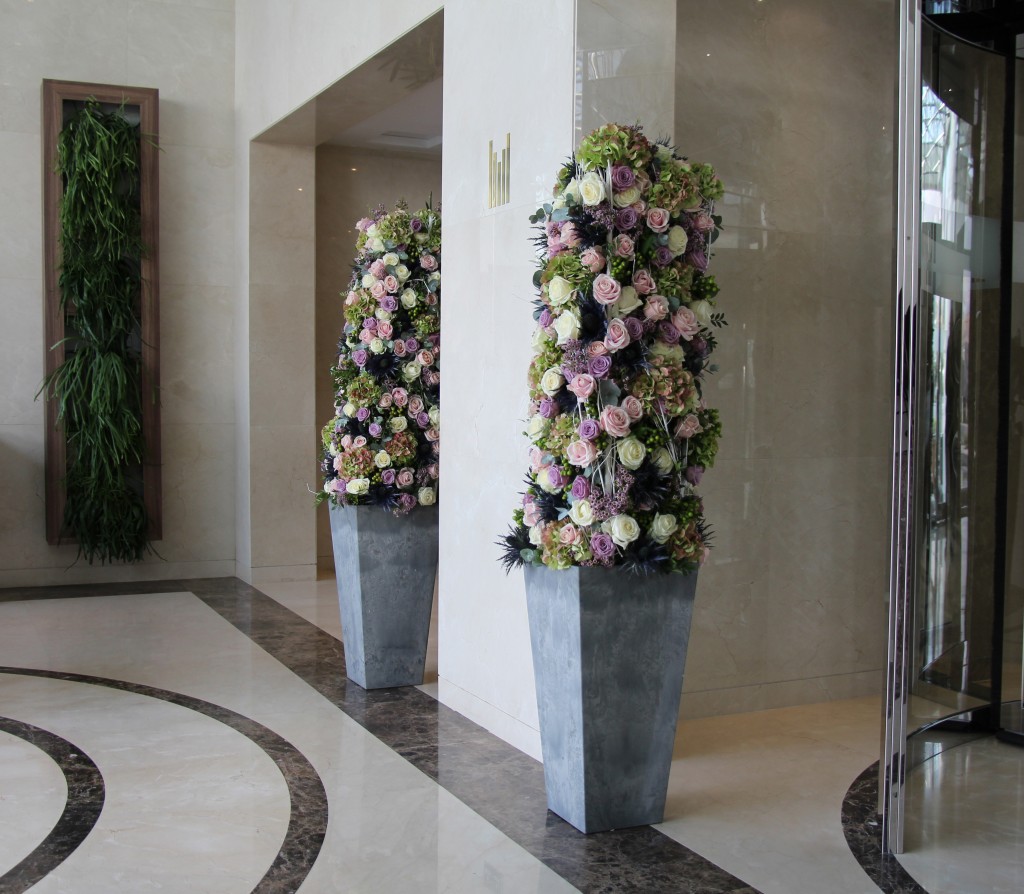 When asked what the most challenging culture was to explore and work with, Kneepkens cited a project he did in Iraq that lasted from 2012 to 2014. Up until this point, Kneepkens was a one-man-show, inviting editor and stylist Mick Stubbe (now business partners) to join the DK team midway through 2013.

Mick Stubbe brings his graphic design and media Background into effect with planning, Mood boards, 3D designs during the concept development stage and photographing the results. Together they make a great team, constantly advising and supporting each other with Mick quoting “Two people see more than one.” 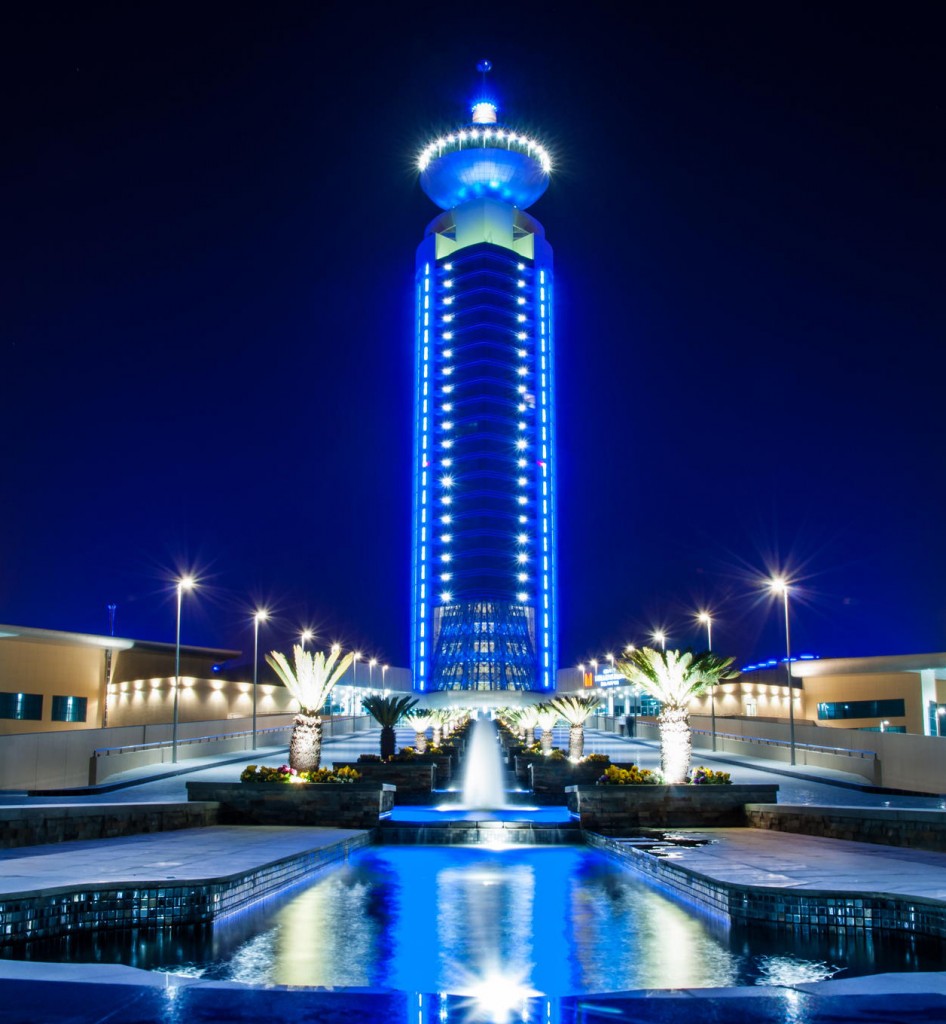 Not all of Kneepkens’ endeavours span as much time as the Iraq project did, though. DK – Dennis Kneepkens is open to long-term and short-term projects of all sizes. Between major projects, Dennis keeps busy, but you won’t find him giving classes and demonstrations on a regular basis, though.

Most recently he travelled to New York City and spent some time giving master classes to a few companies before heading to Tokyo to hold a few more workshops and master classes. So if you see, Dennis is holding a workshop in your country, hop on it. No matter the length of the project, Kneepkens recognises that a key to success and happiness when working as an independent is maintaining a balance. “If you get bored, it’s not the right job, the right field,” Kneepkens said. “We don’t get bored, our days are full.” 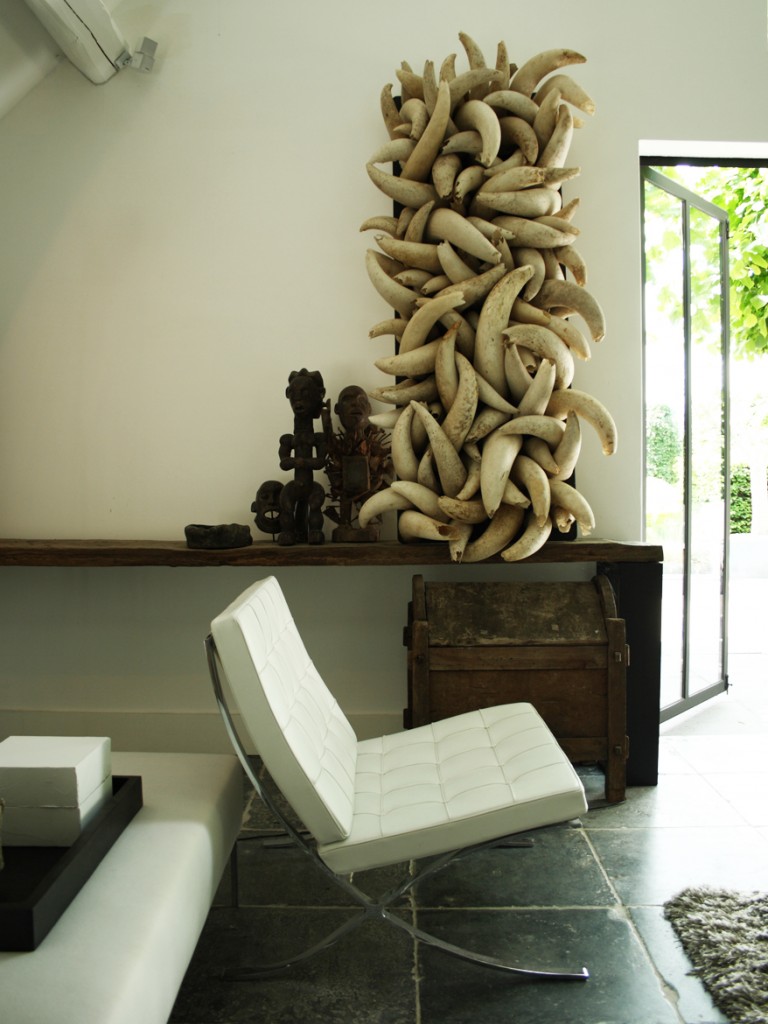 With his business DK – Dennis Kneepkens, centrally located in Amsterdam, the flower mecca of the world, one might think that Dennis has enough inspiration around him that he wouldn’t need to travel, but it’s the variety and excitement that Kneepkens uses to supplement his ideas and keep inspiration fresh.

When asked where he finds his inspiration, though, Kneepkens smiles and replies that inspiration can be found in everywhere, citing the fashion and automobile industries as particularly good sources. “Because there are so many different colours and varieties and textures, you can easily, as a florist, adapt to a trend.” 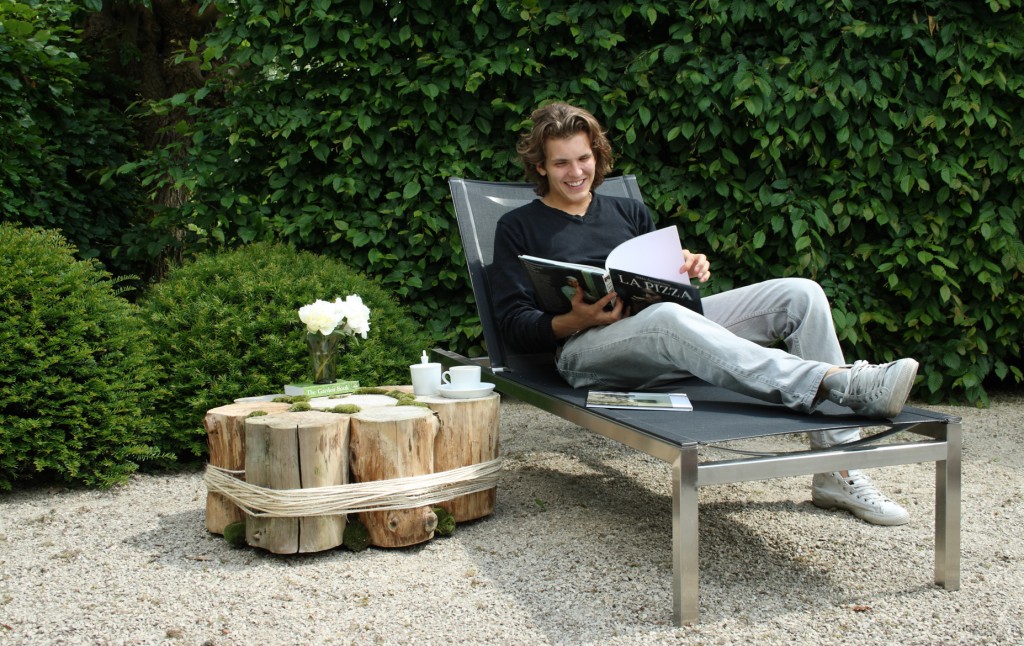 As for professionals in the industry that he admires, Kneepkens pauses before answering that he doesn’t admire one individual as much as he is inspired by the goals in their own lives. As long as they have something that inspires them or that really touches them, it can be an inspiration to everyone. That being said, Kneepkens names Daniel Ost, one of the world’s premier floral designers, as one he looks up to as a designer, for the sheer scale of his work and the way in which he can look at a culture – Ost uses a heavy Asian influence in his designs (Ikebana) – and creates something entirely around it and off of it.

Another world-renowned floral artist that he admires and finds inspiring for his incredible intelligence, talent and communicative abilities is Gregor Lersch. Kneepkens tells stories of being at competitions that Lersch attends and how, when he’s there, there can be people from Spain, Russia, Holland, Denmark, and Germany all having conversations. Lersch is able to follow the five different stories at the same time, and then he can respond to each person in their own language. Not only is Lersch able to converse with nearly anyone and about any subject, but he also remains extremely approachable and down-to-earth, something that can be hard to find in the floral industry. “He has a very warm personality,” said Kneepkens, who himself tries to learn the language of every country he visits. Currently, in addition to English and Dutch, Dennis can speak a little bit of German, French, Arabic, and Japanese.

DK – Dennis Kneepkens in the Future 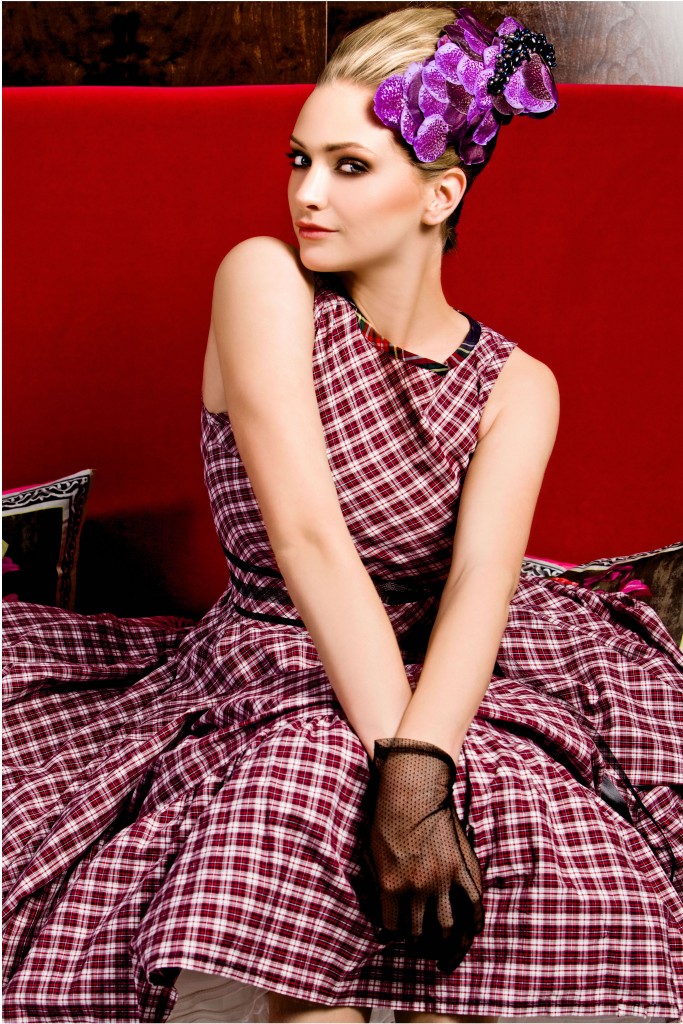 Presently, Kneepkens and Stubbe are working on a traveling project that’s slated to hit Italy, Belgium, Holland, and the United Kingdom. It’s called The Flower Lab, a concept road show featuring a fictional flower shop developed and styled by the DK team, designed to inspire florists in how to reach a new generation of costumers – the Millennials.’
They just finished up the German leg of The Flower Lab, but by the time it reaches the UK, Kneepkens will already be working on his next project, this time in the Middle East.

As for his future and the future of the flower industry, Dennis has plenty of positivity to share. Writing, at least, one book is on his personal bucket list, and we’re sure it will have plenty of exciting adventures to share. Another is the increasingly growing millennial segment, one that Kneepkens looks forward to working with and teaching. “We always take young people with us to work on projects,” Kneepkens said. In fact, Kneepkens and Stubbe are open to taking young floristry students with them and showing them the way, giving them the opportunity to shine.

“Everybody should have at least a smile on his face because you’re doing one of the best jobs you can imagine in the world,” Kneepkens said, “You work with fresh materials, beautiful flowers, beautiful colours, and beautiful textures, and you make people happy.”

As for advice to budding florists, Dennis says to make sure that you always have good contact with your staff, network, and colleagues, but that the most important thing is to enjoy what you do and work with a smile. We couldn’t agree more!

For more information or to inquire about future projects, visit DK – Dennis Kneepkens at www.denniskneepkens.nl

Or connect with them on social media: 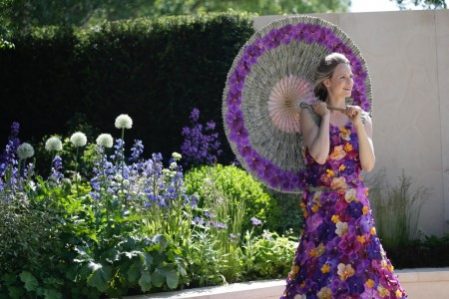 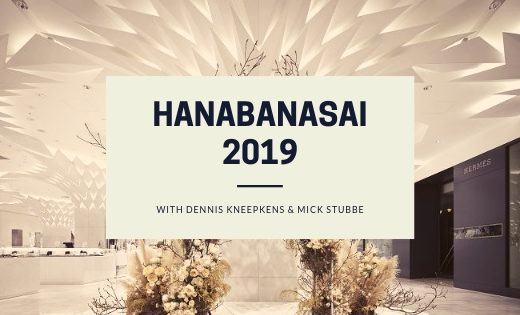 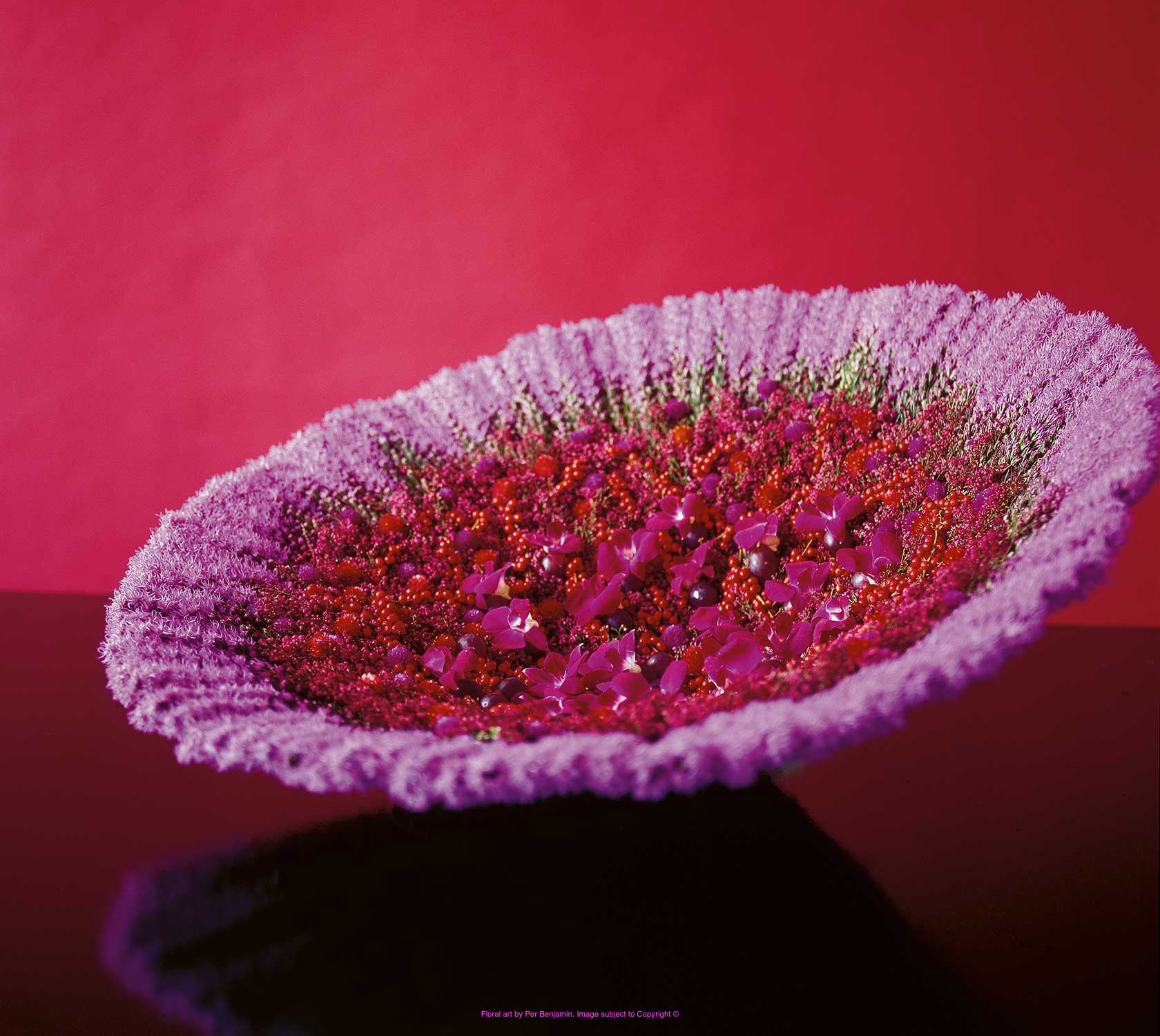